Are you guilty of watching the movie Slumdog Millionaire and perceiving India as a chaotic country existing only amidst slums? Did Coldplay’s song Hymn for the weekend make you see India as a land of snake charmers and sadhus?

Welcome to the world of stereotypes that many foreigners associate India with. Holy Cow! The joke’s on us.

1. Everyone in India speaks ‘Hindu’ or ‘Indian’.

People from India are Indian and those who follow Hinduism are called Hindus. Hindi is an Indian language spoken in India. Oh, and Hindi is not the only language we speak. Although Hindi is the most commonly spoken language in the country, there are 22 official languages (not including dialects). If you go South, you won’t find people speaking Hindi as it is not even taught in schools. If you go to the North East or West, it is highly uncommon to hear anybody speaking Hindi.

2. Indian roads are always crowded. We love to honk our horns and cross roads whenever we feel like it.

This is true in a lot of places. People in India are used to this chaos and we agree with this stereotype to a large extent. In fact, along with vehicles and people, we also (occasionally) have cows on our roads. You won’t find as many cows on the streets of Mumbai as you may on the streets of Varanasi, though. Honking is second nature to those driving on busy Indian roads. The traffic is always moving, traffic signals are sometimes merely suggestions and there is no right of way for pedestrians, so we cross the road whenever we see an opportunity.

3. Bollywood movies have lots of songs in them and we dance on the streets.

Yes most Bollywood films are considered musicals, rich with song and dance. However, that does not mean we start dancing on the roads. We enjoy the movies but do not mix the reel with real life. Students at a local school in Mumbai asked Cesar, a Clap Traveller from Brazil, what he thought about India. He confessed that before arriving in India, he thought people were always dancing on the roads.

If you are a foreigner travelling in India and want to bust some myths and stereotypes about India and your own country, participate in a Clap Talk – part of Clap Global, a cultural exchange platform. Sign up here.

This cannot be more true. Food is one of the ways Indian mothers show their love for their children. In the Indian culture, food is an important part of hospitality and the phrase Atiti Devo Bhava, which means that guest is God holds true. If you are travelling to India for the first time, do not be surprised if you are fed scrumptious meals. Who knows, you may soon be asked: Beta, khana khaya?

5. Every marriage in India is an arranged marriage.

6. India has millions of Gods and we worship them all.

In Hinduism, it is said that there are more than 33 million Gods. Yes, that is correct! However, it does not mean we worship all of them. With over 4 official religions in India, it is hard for everyone to keep up with all the Gods. India is largely a religious country but there are atheists and agnostics here, too.

7. All Indian food is spicy.

Indians love their spices. Garam Masala, a mixture of more than seven spices is used in everyday cooking. While Indian food is very flavourful with a myriad of spices (not to be confused with being spicy), it is a misconception that all Indian food is tongue numbingly fiery. Cuisine in India differs from state to state and most cuisines are, in fact, mild to moderately spicy, such as South Indian food (idlis, dosas, etc.).

8. Everyone in India is a Yogini or a Yogi.

Yoga did originate in India and we have several yoga schools and retreats here. Although commonly practiced in the country, a lot of Indians have not or do not practice Yoga at all. Namaste or more like, Na-ma-stay in bed!

Ever wondered, was it a yes or a was it a no? Welcome to the way we wobble. As someone who is not from India, it can get way too confusing. Travel to India and spend some time with us, and you will finally start to understand the different meanings of the same Indian nod. 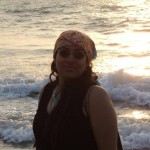 When I am not heading Traveller Marketing at Clap Global, I travel, read and attempt to write on perceptions, life and beyond. You can follow my stories on Nostalgic Hobo or find me on Instagram at @NostalgicHobo